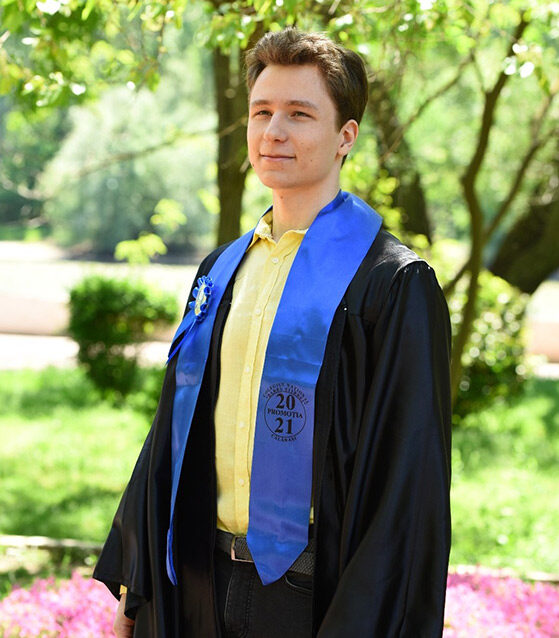 Hello! I’m Alex, I’m 19 years old and I used to live in Calarasi, Romania, but now I am studying at the Technical University of Delft in the Netherlands. I participated in the Hippo International English Competition in 2020 and won third place in the Finals.

The competition was an opportunity for me to test my English skills in an international setting, while also meeting like-minded peers in the Speaking part of the examination. During this process, I was guided by my English teacher, Adela Barz, who granted me a space to perform at the Best Academy, for which I am extremely grateful.

If you are also keen on testing your knowledge and abilities when it comes to the English language, I can certainly recommend the Hippo Competition as a challenging, yet fun medium to put your skills to proof. 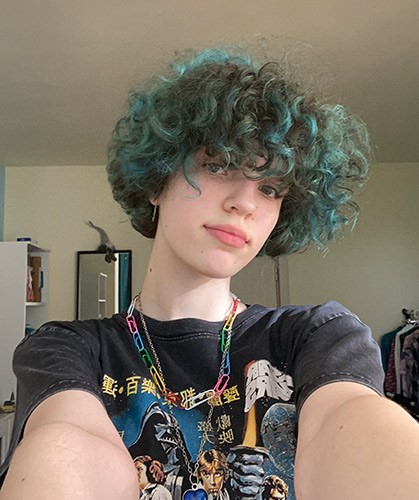 I’m Mica and in 2019 I won the third prize in category Hippo 2 at the seventh International English Language Competition. I was lucky to be able to travel without worrying about my health and truly interact and have fun with the other kids since Covid19 hadn’t changed our lives at that time. I hope the students who reached the final step of the competition in 2020/2021 felt as happy as I did even though they couldn’t live the full experience.

I found out that I had qualified for the final round one morning when my mom woke me up to go to school. She came into my room and was really excited about something but I had no idea what was going on. She handed me the phone and told me “I knew it! I simply knew it!”. At first I didn’t understand what she was trying to say, however about 15 minutes later I realized that I’d be going to Italy and I was beyond excited.

This was my first time travelling outside the country without my parents. The competition itself was fun and challenging, but eating pizza, pasta and gelato in Italy and visiting a few islands from the Venetian Lagoon have made my journey very interesting and memorable.

I remember clearly one of the many moments when I felt that I was connecting with the other participants and learning about different cultures and languages. A few kids my age had gathered around the restaurant’s table and we all decided to play a word game. We would pick a word in English and then take turns translating it into our native languages and teaching the others how to pronounce it. It was fun seeing the differences as well as the similarities between our grammars. Every time I talk about Hippo I have to bring up this game.

Ever since I’ve left Lido di Jesolo I have kept in touch with a few of my roommates and we always enjoy reminiscing about our time together at the competition. 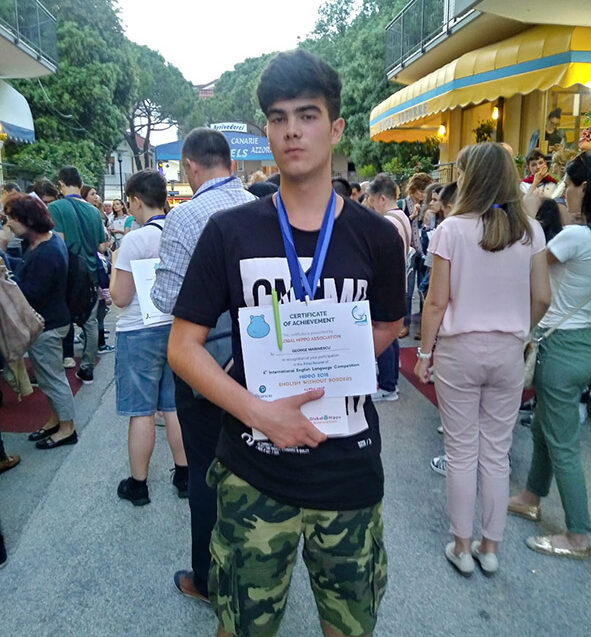 If asking yourself if you should go to the Hippo Olympiad, I’m advising you from the start to just sign up. However, I’m also going to tell you about my experience so that you can somewhat know what to expect.

My name is George Marinescu and I was 15 (2018) when I participated for the first time in this Olympiad. My English teacher, Sorana Chiru, whom I was taking English lessons with for some time now at “Centrul de Performanta in Educatie”, based in Barlad, Romania, told me that I can sign up for this international English contest and get the chance to go to Italy for the final phase. I told myself “Why miss this chance when I have nothing to lose ?”. I took the first two exams at the aforementioned center and I was announced that the final phase would be held in Lido di Jesolo, near Venice (accommodation and two meals a day were included).

I set out with on of my teachers, Georgiana Mihalcea, to Venice, Italy, where I had the chance to visit that magnificent city which all of us dream to go to. Even though Venice alone is worth the trip to the final phase, the whole experience was about to get better. The next day all the finalists arrived and I got to meet people from all over the world. For 15-year old me it was a once in a lifetime experience since I had never seen so many culturally different people in one place. The best thing was that we were all kids and teenagers, so everyone got to make friends and find out more about other’s culture and lifestyle. I even stayed in touch with my 3 roommates, whom I had a lot to learn from. Besides the friendships you develop, the coordinators (who were absolutely great people) had a lot of social activities and games prepared for us to better know each other.

Although the exam was not too different from the previous two, I did not manage to get any prize. However, I knew even back then that the point of that contest was not the actual prize and who scored the most, but the actual experience as a whole, from sightseeing in Venice to hearing stories from Asia or Africa and meeting awesome people.

That was not the end of my experience with Hippo, as I took part in another two Olympiads the following years, but in the first one I did not manage to enter the final stage, and the other one was held online, so the whole final experience was devoid of any actual interaction with other students. However, the exam was taken as usual, and the prizes were roughly the same (yes, there are prizes involved for those on the first places).

All in all, it was one of the best experiences I ever had and I advise anyone to sign up because you never know when you could get to the final phase and go on an amazing journey. 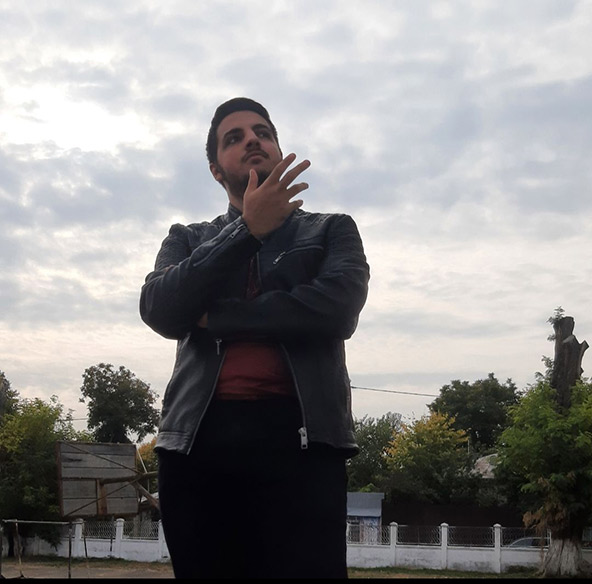 Hey there, my name’s Matei Resmeriță, I hail from Romania; city of Barlad to be precise.
Around four years ago, I unexpectedly found myself a finalist of the Hippo English Olympiad, undoubtedly a payoff for the effort which I and my teacher Sorana Chiru at the Center for Performance in Education  –or in romanian “Centrul de Performanta in Educatie”— have put in.

In the wake of this success, I had been blessed with an overwhelming amount of firsts, ventures as enticing as they were daunting; Experiences which I still treasure to date.
First ever plane ride. My rating? “Consider a train”, the terminals, crowded and noisy as they were, achieved their goal, so a win in my book; but the ride itself? I couldn’t for the life of me cope with the jet engines and constant pressure changes, my head took off on its own trip during that ordeal…
Once the nightmare was over though, I greeted new lands as a  Columbus of Barlad on his journey to scour the mysteries of Venice; The winding streets,diverse people, variety in all from food toarchitecture; it was as if,within the nation I “discovered”, dozens of others sprawled intertwiningly, melting together into the unique aroma Venice is. As such, Italians, so revered for their cuisine, could in turn be described akin to a dish, baked for millenia in the kitchens of history.
As for the contest itself? I admit I was afraid. In forgein territory, and never having taken part in something of such scale , I was all over the place. Where to go, what to do, how to act etc. Fortunately , despite the complexity and importance of , the Hippo team were awfully friendly and helpful, making it abundantly clear what,where and when we had to do and what our schedule was, as well as guiding as though the steps; overall, they get my vote.
Our off-time was surprisingly enoyable, so many others, from such a wide range of cultures and upbringings, even some fellow romanians, it was one hell of a time experimenting with our differences but always coming together as newly found friends. I remember most of them, some I still message to this day; those were good times…

But above all, the one event I could never have predicted was my taking of the first place. At the grand award ceremony, as the winners were called forth one by one, as if their judgement and rightful reward was to be administered, I eagerly awaited my place near top, but I hadnt scored 5th place, 4th place, 3rd place… and felt disappointed, quite sad I’d come all the way and didn’t make it; And then… in first place…like a bolt from the blue, tourned out to be me!
A flash which shattered the void I was living, I had fallen into the dark of hopelessness only to rise higher in the rush of excitement; something so tense yet so glorious I have yet to live again.
So, after all these years, I must thank the folks at Hippo who made all of this possible, my teacher Sorana at the Center for Performance in Education for the time she put into my English courses, and say that I wholeheartedly recommend the contest and the experience that comes with it. 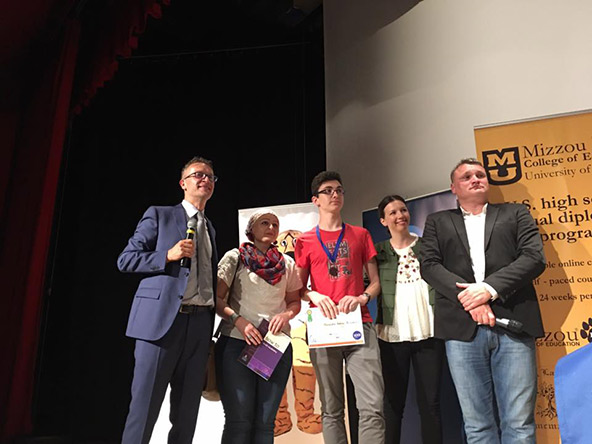 Taking part in the HIPPO International English Language Olympiad will always remain one of my most remarcable and, at the same time, one of my most unexpected experiences. My fascination for the English language, which dates back to my childhood, always determined me to broaden my knowledge of this language and to constantly take part in the olympiad and in other similar competitions.

When professor Florina Niculescu suggested I enter the HIPPO competition, encouraging me that I could have a chance to reach the final stages which would be held in Venice, this seemed like an unachievable goal to me, but I decided to enter anyway, knowing that I had a solid knowledge and the full support of this extraordinary professor.

Everything that followed after was the reward of a work that began many years ago. This was an amazing oportunity that helped me meet young people from all over the world, who had a culture and a life experience so different than mine, but who shared this long lasting interest I had for the English language. Although this language brought us together in order for us to test our skills, it now enabled us to communicate and tho get to know each other. All this, combined with the unique experience of visiting lovely Venice made up a large part of the joy I felt then, but the other part consisted of the idea that I played a small part in preserving the prestige of ”Mircea cel Batran” National College. 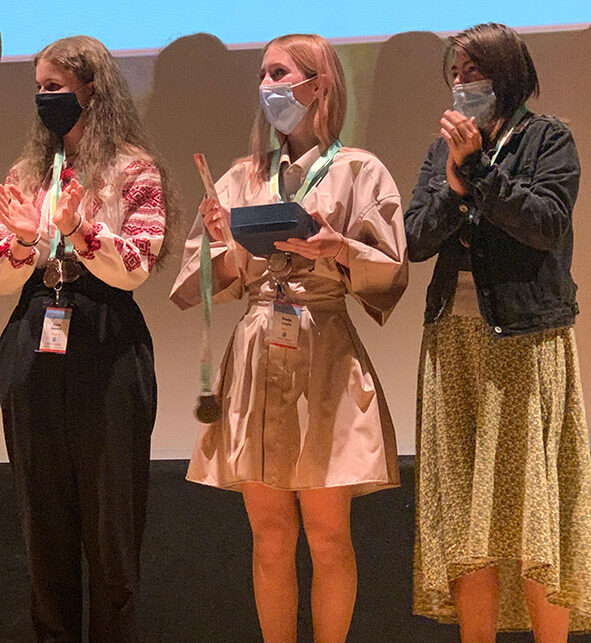